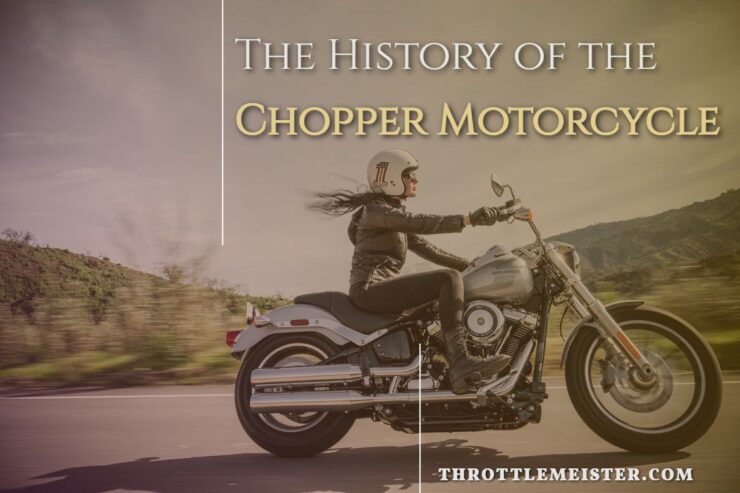 Motorcycles are one of the most widely used vehicles on the road. Almost everybody prefers owning a car in the United States of America. However, motorcycles are swift and easy to get through long traffic jams. For some, bikes are needed, and for some, they are a hobby.

Historically, many types of motorcycles have evolved over time as cultures and cults. Some common types of motorcycles in the present day are sports bikes, economy bikes, choppers, tourist bikes, scooters, cruisers, and dirt cross bikes. All of these categories have multiple modifications that allow performance on different terrains.

Initial Days Of The Chopper 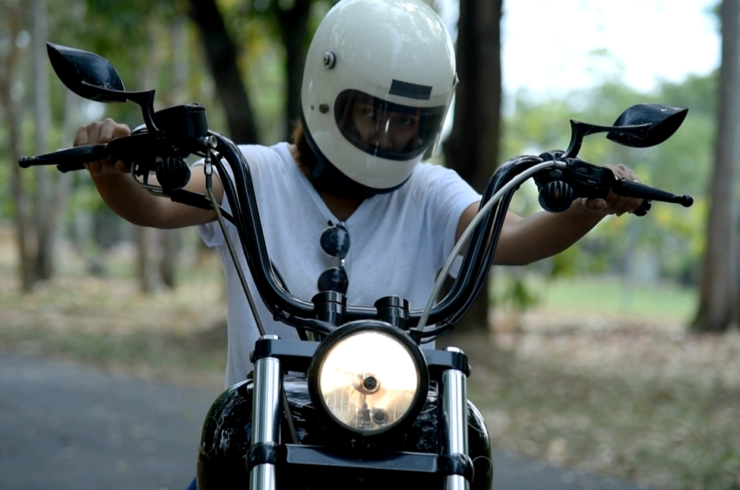 A chopper is a classical form of bike. Choppers originated from the United States of America. Harley Davidson was the forerunner of chopper motorcycles. Unlike other motorcycles in that era that had as few components as possible to make them ferocious racers, choppers had multiple components and a tough build.

They were exceptionally heavy in terms of the build. The metallic components and sturdy developments in its parts were rationalized by powerful engines that provided an immense amount of torque.

Conventional bikes in the early 1950s were the more common breed of bikes. These bikes were usually covered like cars. The components were not to be displayed in the open. That was considered to look neater, just like in the early days of the car when even the wheels were half-covered to minimize their exposure to the eye.

As the generations developed, people viewed the powerful engines as more pleasing. The engine’s sound was often remarked as the “roar” of the engine. This not-so-subtle change in preferences shifted the demand such that choppers with a clear view of the engines became a sign of one’s status of power. Looking at the prospective profits, the assemblers that were producing motorcycles started assembling more and more choppers when the popularity rose by a huge margin.

Developments Since The Early Days 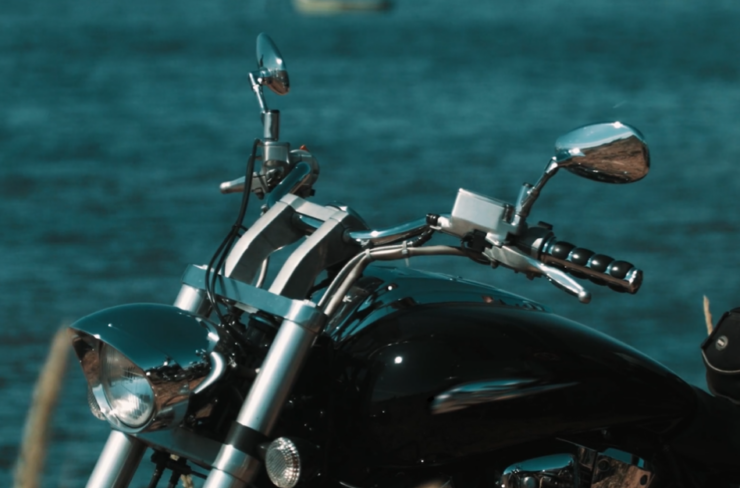 The paint jobs on the fuel tanks or decals were done in fiery or race flag checks. Such designs asserted dominance in the industry. With time, Builders brought another modification into place. The handles that were almost parallel to the seat were now raised above the seat. The seats were also lowered to lower the center of gravity.

These factors provided almost instantaneous control to the rider. Higher speeds were easy to control. The capacity of engines drastically increased. Such an increase in capacity meant that these bikes had more power than before.

To make the choppers fancier and fancier as the years progressed, manufacturers were just as competitive as the riders waiting to dominate the streets. The handles started being elevated even further. At one point, they were so high that it almost became impossible for an individual to turn the bike.

They only turned aesthetic and powerful with a larger turning radius. Such styles are not for the roads these days but for collections. The tires were also broader in terms of the thickness of the wheels. It provided a smoother ride while still compromising on the handling. When Hollywood blossomed, people considered a few genres of films to be entertaining. The older generation quite loved classical cinema. Cowboys, Agent-based films, and Adventures seemed to interest the public more often than not.

Eventually, when certain characters that were considered machoistic or charismatic were spotted riding the chopper, the viewers had a resurrected desire to own a chopper. Many individuals that were already collecting bikes loved to add newer versions of these bikes.

The Marvel film Ghost Rider, which was released in 2007 and starring Nicholas Cage and Eva Mendes, caused an influx of orders for choppers. The Harley Davidson bike used in the movie had two exhaust pipes, a classic fiery decal on the fuel tank from the comics, and an impressive chromium metallic finish. Almost every die-hard rider desired to own that motorcycle. 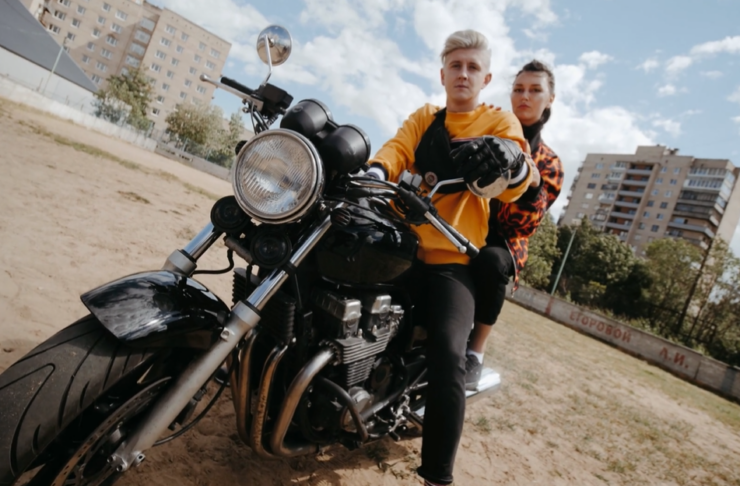 Manufacturers were not slow to react to the rising demand for choppers. The difference, however, was that building the old-fashioned chopper would not be feasible. The designs were quite ancient when discussing vehicle models. To tackle such technical issues, it was decided that newer designs would be developed. The engines were tilted, and the handlebars were lowered to the point that it was convenient to turn.

Another change that helped in handling was that the front tire was not constructed to be as broad as the hind one. Flatter tires in the hind were a lot better as they provided stability. In the case of narrower tires in the front, it reduced the turning radius by a lot. The hydraulic suspension was added through the handles.

Suspension rendered it possible for the chopper to be driven on slightly uneven terrain as well. Engine torque was tuned up greatly. When compared to the initial days of the birth of the chopper, the Horsepower provided by the engine is incredible. In modern days, we often receive fifty to fifty-five-horse powers.

No matter the age, this style of bike has and will always remain a symbol of status and authority. These bikes can be really expensive, especially because of the heavy build and premium metallic finishes. Ranging from all-black matte to colorful glossy finishes, they can be extremely versatile.

For those that wish to purchase one, understand why you need it. If it is for a collection, anything can be purchased. But if you wish to hit the road often, it is convenient to buy modern choppers whose power and build are the same, have elements of the chopper but lack the high handles. 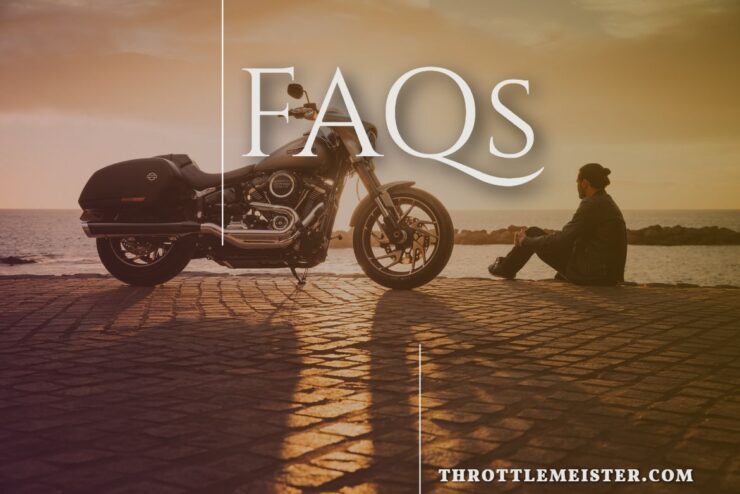 1. What is the highest Horsepower for a Harley Davidson?

The highest recorded horsepower for any Harley Davidson motorcycle is approximately 72-75.

2. How expensive is a chopper?

3. Is a greater capacity engine necessary?

A greater capacity engine offers more horsepower. Although it is not necessarily more capacity often means more acceleration. It also means that the bike will utilise more fuel.