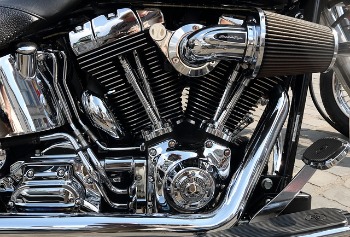 Recognize the Harley bad coil symptoms for a prompt and reliable replacement. Enhance the overall performance of your motorcycle.

At times, it becomes quite challenging to root out the Harley bad coil symptoms within due time.

Similarly, if one fails to detect the same, it can worsen the vehicle’s overall performance.

In this blog, we have listed all that you need to know about the ignition coils, such as faults, replacement, and maintenance.

What is an Ignition Coil?

An ignition coil or a spark coil is like an induction coil present in the ignition system of an automobile.

Besides, it assists in transforming the voltage of the battery to a large number of volts. Eventually, it kindles a spark inside the spark plugs for igniting the fuel.

Thus, it alters the current having low voltage into one whose voltage is enough to create a spark.

Know what is the Twin Cam reliability of Harley visit here.

Types of the ignition coil

Generally, the following are the four types of ignition coils that are popular in the segment:

In the conventional ignition coils, the prime circuit gets the power through the battery over the resistor.

Furthermore, with the help of the primary coil’s windings, the current flow creates a magnetic field.

After that, the present electrical circuit gets broken as soon as there is an opening for the points. Ultimately, this process collapses the magnetic field.

Likewise, this collapse’s force surpasses the windings of the supplementary oil to generate an electrical current.

Moving onto next, the current flows inside the distributor cap and then reaches the spark plugs in no time.

The DIS ignition systems construction aids in allowing more energy to be accessible from several coils.

On top of that, it features three or more coils fixed altogether in a pack of the coil. Apart from this, such type of coils relies mainly on a device for magnetic triggering.

In due course, it helps determine the speed of the engine and the position of the crankshaft.

Most importantly, this system defines the spark timing as per the two shaft sensors and a computer.

The 7 Common Problems of Harley Tri-Glide.

Much to say, the electronic ignition coil is pretty much similar to the conventional one.

The critical difference is that it does not have points and cam distributors like that of the traditional system.

In place of these, the electronic system utilizes a pickup coil that helps in signaling the control module.

Yet there will be a distributor; the pickup coil would replace the points. Apart from this, the coils settle down over the top of the spark plugs directly.

There is no requirement for wires for the spark plug as the system is fully electronic.

An important thing to note about the COP ignition coil system is integrating all the DIS one’s electrical controls.

Yet, in place of two cylinders with a single-coil, every COP coil facilitates only one cylinder. Because of this, the COP ignition system can produce higher volts along with great sparks.

Another noteworthy thing about this ignition system is that the coil directly sits on the topmost of the spark plug.

It eliminates the need for wires explicitly made for the spark plug function at the end of the day.

Furthermore, the ECM or PCM can regulate the spark and its timing as per each separate cylinder.

When the user releases the clutch too faster, the rear wheel does not attain the adequate speed to match that of an engine.

As a result of this, a stall would occur. Usually, this condition takes place in case of a destructive or inadequate ignition coil.

Eventually, the weaker coil would transmit a few uneven sparks to the spark plugs.

After that, your vehicle might stop working or do not even start again after shutting up.

Tie-down a motorcycle on the trailer without a chock, to know how to read the article here.

Engine backfiring occurs when the combustion process occurs in the exteriors of the engine’s combustion cylinders.

If the engine cycle’s spark timing is irregular, then the unburnt fuel alongside air would pass through the exhaust.

Additionally, one can notice the engine backfire if the engine is either rich or lean.

However, when backfiring happens, the unutilized fuel or the black smoke passes through the combustion cylinder to the exhaust pipe.

Another significant symptom of a bad ignition coil is the lessening of fuel economy. If you notice that your bike is consuming more fuel than usual, it is a cause of concern.

Because of the low fuel economy, the vehicle receives less mileage. The best way is to check and assess the faults in the ignition coil.

Generally, the engine misfiring is a condition that signifies the malfunctioning of the ignition coil. The engine produces an unpleasant and noisy sound when the user ignites the engine.

Apart from this, if you drive the bike at a higher speed, the engine might jerk and spit, generating a nasty vibration. Along with that, the engine may idle or even fails to start.

One can experience rough idling as soon as the engine starts running, and the vehicle feels either bouncy or rough.

Besides clogged filters, the other reason behind this issue could be the low or bad ignition coil.

Because of this, if you accelerate the engine, it might function indifferently. At that time, the user can sense that there is less power in the engine than usual.

Engine failure is another common issue that indicates the poor condition of the ignition coil.

In particular, the single-coil engines are more prone to encountering such a problem due to the failed coil.

Sooner or later, the engine will begin to make winding noise along with no sparks passing out of the cylinders.

The system of changing transmission oil on Harley 103.

If your Harley Davidson’s spark plugs get worn out, it forces the ignition coils to perform at very high output.

Apart from this, when the spark plugs wear down, the gap between every spark plug widens. The ignition coil has to deliver a much higher voltage.

Likewise, it causes an added strain on the ignition coil, thus leading to voltage overloading.

Because of this, the engine tends to overheat, which ultimately fails. By maintaining the spark plugs in good condition, you can prevent the failure of the ignition coil.

2. Keep a check on the tires

It is vital to check whether the tires of your Harley Davidson are in good condition or not.

Apart from this, make sure to replace if either of the tires is worn out. Otherwise, it can adversely affect the functioning of the ignition coil, thus causing overheating.

3. Fill the fuel tank in due time

For the smooth functioning of the engine, one must check the fuel status quite often. In addition to this, make sure to fill the Harley Davidson fuel tank before it gets empty.

When a motorcycle is low on fuel, it throws extra pressure on the engine and the ignition coil.

Regular cleaning of Harley Davidson is essential as it helps in keeping your vehicle in excellent condition.

Use a mild cleaner to remove off the dirt and grime which gets accumulated on the motorcycle.

Or else the overall system of the vehicle would not function properly in the long run. On top of that, check for corrosion and rust on the body of the vehicle.

How to test the ignition coil of Harley?

How to replace ignition coil of Harley Davidson?

Important to note, the ignition coil’s cost varies as per the make and model of the Harley Davidson.

Some coils might have to pay around $80, whereas some might need $300, including parts. On average, the total cost of replacing ignition coils would stand somewhere in the range of $150.

How often should one replace the ignition coil?

As soon as you start the engine, the ignition coil comes into play. It is necessary to keep it in good condition by replacing it in due time.

Preferably, an ignition coil would last around 100,000 or even more, depending upon the situation and upkeep. After that, one should replace it.

Are coil pack and ignition coil the same thing?

No, both are not the same as the ignition coil is efficient in producing a high voltage that directly goes into the spark plug.

On the contrary, the coil pack is a set of coils that are for the engine. Besides, it does not run the distributor. Further, every coil supplies power to either separate or a set of spark plugs.

What is the benefit of replacing ignition coils?

A good ignition coil enhances the performance of the engine in many ways. Firstly, it assists in producing a higher voltage that enlarges the gap between the spark plug.

Thus it results in a robust flame kernel at the initial stage of the combustion. In the end, it boosts the torque power of the engine.

For how long does an ignition coil last?

In general, an ignition coil would last long for a minimum of two years or up to 24,000 miles, whichever comes first.

Other than this, individual coils are made to last at least 100,000 miles or more.

Adjust your clutch on Harley with the 6 steps.

What happens on driving with a bad ignition coil?

One should never drive a motorcycle with Harley bad coil symptoms leading to ignition problems as it can give rise to the following issues:

What causes a loss of spark?

Loss of spark occurs when the coil voltage is unable to bridge the electrode gap at the edge of the spark plug.

Moreover, the reasons behind this are worn or damaged spark plugs with low plug wires and broken distributor cap

What happens when the ignition turns hot?

How to change handlebars on Harley Davidson Ultra Classic.

After going through the information above, you have become well-versed in the upkeep of ignition coils.

Additionally, it is pretty much more comfortable to figure out the Harley bad coil symptoms by assessing engine performance.

Other than this, fuel efficiency also plays a pivotal role in defining the condition of ignition coils. After all, who does not loves to enjoy a safe yet adventurous ride on a Harley Davidson?